Writing is a difficult yet rewarding experience. Readers sometimes ask, “Why do you write?” Writers often ask themselves that very same question!

Here is an inspiring word from poet and author Lois A. Wiederhoeft on that subject. Whether you are a writer or reader, I hope it touches your heart as it did mine:

As I searched the Bible for the word “write,” I saw many reasons why God assigned old testament prophets to write on a scroll or in a book. His reasons were mostly warnings to the people of Israel. Some were harsh.

You may ask, “How could God give such tough writing assignments? I thought He was a God of Love.”

He is a God of love, but He hates sin, and his people were deep into sin, worshiping false gods or idols. They were going into extreme moral depravity and behavior. Because He still loved them, He warned of judgement if they did not return to Him.

He did the same thing in the New Testament. It gets kind of rough when Jesus called the religious leaders, “white washed sepulchers.” Paul and Peter rebuked people in the book of Acts for their rejection of God’s commandments, and wanting God’s gifts for the wrong reasons.

So what does that have to do with my writing? He told Jeremiah, in Chapter 30, verse 2, “Thus speaketh the LORD God of Israel, saying, Write thee all the words that I have spoken unto thee in a book.” (KJV)

If Luke had not written two letters to Theophilus. We would not have the books of Luke and Acts. We never would learn how Jesus started His church if the apostles had not followed His directions. I thank God for His faithful prophets and apostles writing for our instruction and about God’s expectations for our lives.

One blessing about writing: people don’t assume what you’re saying and no one interrupts.

My life as a single person gives me more solitude time which writers need. I have uninterrupted time with the Heavenly Author as He inspires me, mostly in poems. They focus on the Lord, His ways, His Truth, His life, and His compassion for the sinner as 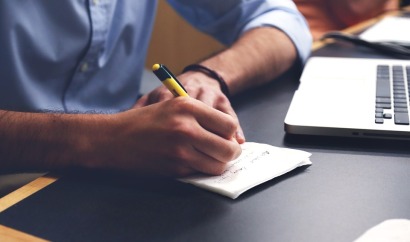 recorded in the Holy Bible..

Why do I write?